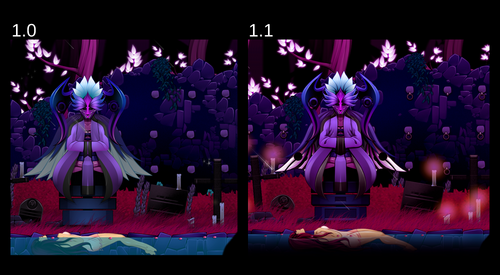 After spending a few months away from this project I’m now ready to begin upgrades in order to get this title to a place where it is not only worthy of a console release but is actually worth the experience playing in that form. 1.1 kicks things off with a major upgrade to the efficiency of the games assets, Now game play runs at a smooth 60fps even on weaker systems, and music syncing during cut scenes come together much better. This also allows for much smoother player control, and with a slight alteration to attack animation timing you can now attack faster then before.
Other minor changes include slight graphical upgrades to the opening scene and other minor assets, Newly Composed Music in the forest area, fixes to rain effects in the opening, and other miscellaneous graphical upgrades.

Rise from the grave and slash your way through hordes of crazed cat girls in this horror action game.